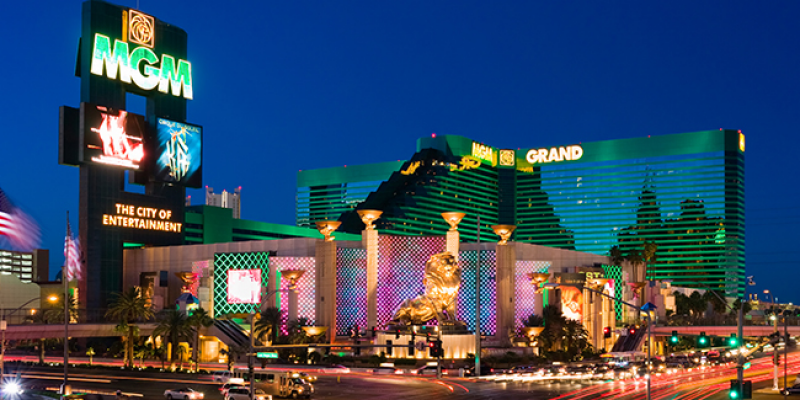 The two companies still have to agree on the transaction, which may not even be reached. The terms of the potential agreement are not known at the moment.

The news that MGM is considering the sale of the two resorts with hotels and casinos, separately or grouped together, emerged for the first time in July. It was also reported that the Las Vegas casino giant created a commission last January, which was given the task of evaluating the ways in which the company could gain value from its real estate portfolio.

MGM should disclose the results of the audit early in the autumn, according to information provided by the company's CEO, Jim Murren.

Blackstone, which boasts a formidable real estate portfolio, is the owner of The Cosmopolitan of Las Vegas on the Las Vegas Strip. At the end of last year, it emerged that the Hard Rock International was adequately verified for the purchase of the Cosmo. At that time, Blackstone had said, in an e-mail statement to Casino News Daily, that "the rumors concerning the sale of The Cosmopolitan are false."

However, those same rumors emerged again last spring, so some sources claimed that the private investment company was working with Deutsche Bank and PJT Partners Inc. to look for potential buyers for the luxury resort.

Collect Capitals for the Japanese Resort

MGM is among the protagonists in the race for up to three gambling licenses in Japan, where casino gambling has become legal not long ago. The company recently reaffirmed its commitment to building an integrated luxury resort with a dedicated casino space in the city of Osaka. The company said earlier that its expansion plans in Japan included the investment of over $ 10 billion in the development of such a property.

According to Bloomberg gambling analyst Brian Egger, "a Blackstone deal to purchase the Bellagio and MGM Grand [...] could raise $ 6.5- $ 7 billion for the $ 10 billion resort in Osaka , Japan, where MGM will fight for a license. "

The Bellagio and MGM Grand, both located on the Strip, are two of the casino operator's flagship properties. Together, they have over 10,000 hotel rooms and a total gambling space of just over 29,000 square meters.

There have been increasing interests for properties on the Strip in recent months. In addition to Blackstone and its well-known interest in MGM's two major resorts, Treasure Island's billionaire, Phil Ruffin, has expressed an interest in buying property on the Strip from Caesars Entertainment Corp.

The Caesars is in the midst of a $ 17.3 billion merger with Eldorado Resorts and it emerged that the company could sell some of its resorts on the Strip, in order to get regulatory authority approval to close the deal over next year.